Fourth of July is almost here, and you know what that means: it's time for another book sale. Get yourself or a friend a little summer reading.

Paperback and hardcover copies of Black Tree are 30% off at this link only. Enjoy. 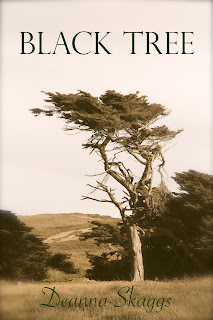 The sale will continue through Tuesday. And though the sale is only at the above link, remember that you can always buy Black Tree from the other major retailers if you prefer.

Posted by Deanna Skaggs at 11:52 AM No comments:

Black Tree's third narrator, Julia, lives in Prescott, and chapter seven finds her at Courthouse Square. The Square is like its own park: there is grass and the large trees keep it shaded even in summer (though Prescott generally stays reasonably cool--or at least not unreasonably hot). There are benches and tables. Plenty of people bring their dogs out for a walk here; others just stroll around to enjoy the day. Surrounding the Square are various shops, a few restaurants and bars, and of course the antique stores.

These first picture are from April 2012. The trees are starting to grow back their leaves after the winter. 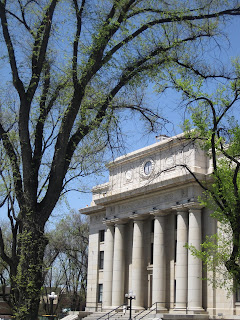 A look toward the northern edge. You can see a few of the stores there, including Bashford Courts (the tall white building), where I buy raw shea butter. 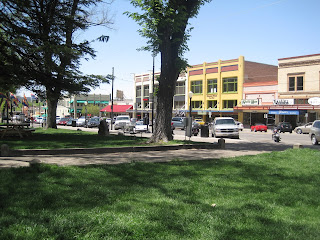 This is the northeast corner, looking diagonally across to some of the historic buildings (the surrounding builds are part of what make the Square so nice to visit). If you continue up the street, you come into Antique Row, where in the book Julia has her antique store. I based the layout of her store on a couple of different ones combined. 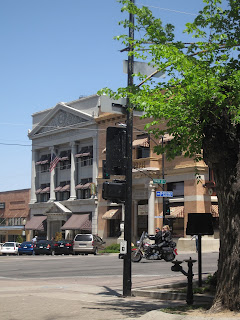 There are a couple of different memorial statues around the Square. 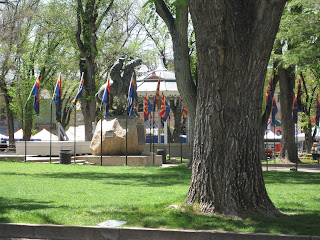 Another view of the Courthouse, which sits right in the middle. 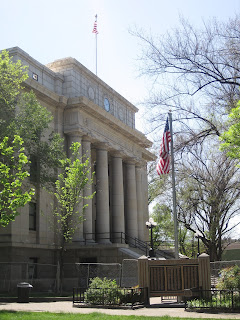 And here is the Prescott "P" up on its hill. This picture implies that Prescott is much more rural and flat than it really is. In reality, though, Prescott is not at all flat, given that it's in a somewhat piney region. And while it is not a big city, I wouldn't call it a small town, either. 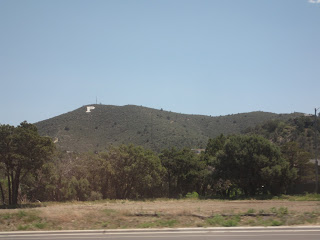 As a bonus, here are a couple of pictures from December 2012 showing some of the Square's Christmas lights. I don't think that any of it shows in these images, but there was still some snow on the ground in places from a recent snowfall. Prescott gets cold winters, with plenty of wind and ice and definitely some snow. 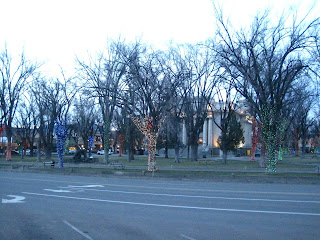 You can get an idea from all of these lights that Prescott is big about decorating. Mt. Vernon St. (the place of historic Victorian homes, where Julia lives) is just a couple of streets away from the Square. Everyone there decorates on a grand scale for such holidays as Halloween and Christmas. Hence Julia's feeling of obligation (later in the book) to put up her Christmas lights even when she was not in the mood to celebrate. 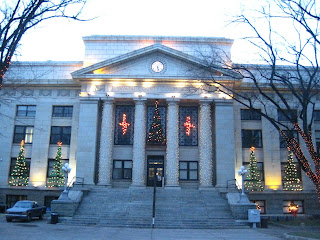 Posted by Deanna Skaggs at 12:30 PM No comments: