As you'll know if you also read my blog, I've been busy moving down to the Phoenix area, hence my lack of attention toward such Internet things as this collection of pictures. But I am back now, and today I'm sharing what will pretty much be the only pictures representing the location of the first narrator in Black Tree. 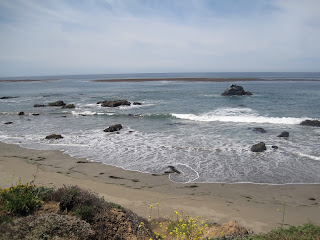 I based her setting on the coast of California near Cambria, where I stayed back in 2009 while visiting the nearby Hearst Castle. The castle is a beautiful collection of artwork and architecture, yet I was as much taken by the tiny town of Cambria and the cold, rugged beach. 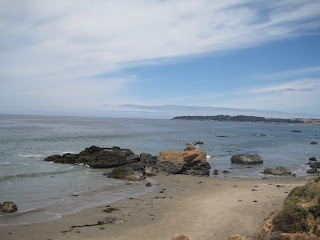 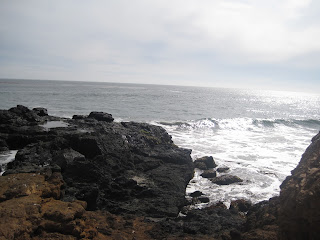 You might perhaps think, from the way that I wrote about this place, that I hated it. On the contrary, I loved it, and that's why I simply had to write about it in one way or another. 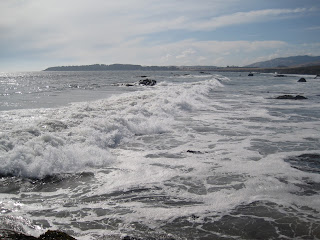 I was used to the Southern California beaches with yellow sand, calmer and bluer waves, and sun behind the clouds. This beach was darker in all colors, with less sand and many rough, black rocks. 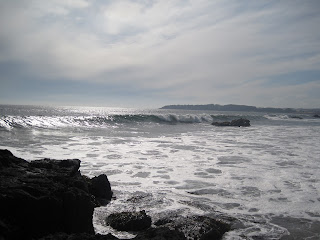 The wind whipped about, and I walked around in knee-length shorts and a jacket, imagining myself a sailor on this rugged ocean. 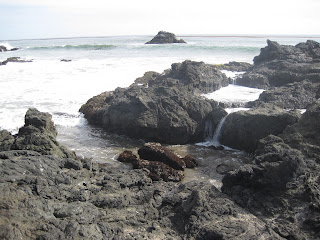 I took that idea of contrast from the familiar and I used that to describe such a cold and wet oceanside. From there, the contrast grew into straight shock and dislike; my narrator rejected the cold and the wet because it was different from what she knew. Ironic that it was my fascination that fueled her hatred. 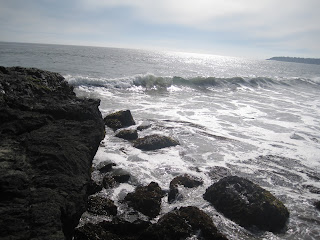 Posted by Deanna Skaggs at 10:11 AM No comments: